Corroboree Billabong is without doubt one of the most iconic barramundi fishing waters in the whole of northern Australia, not to mention a must-see tropical wetland frequented by all manner of birds and animal life (including large numbers of big, saltwater crocodiles!). A visit to Corroboree should definitely be on the agenda for anyone who travels to the Top End.

Part of the vast Mary River system, Corroboree Billabong, along with the adjacent Rock Hole and Hardies Lagoon, actually consists of a series of long, periodically inter-connected waterholes and stretches of river course that effectively separate from the Mary River Bridge Pool (upstream) and the freshwater side of Shady Camp (downstream) during protracted Dry Seasons. 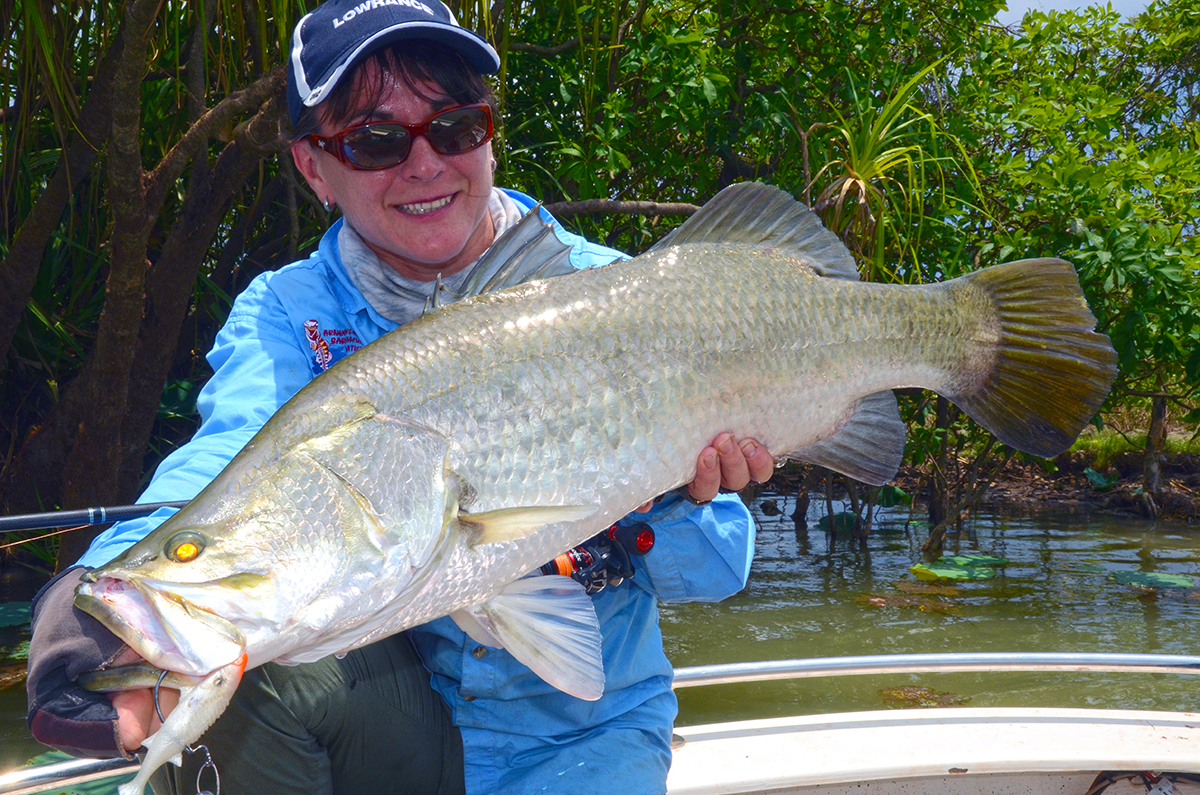 “One of the reasons for Corroboree’s importance and immense popularity is its relative proximity to Darwin and its easy access, even to conventional vehicles and those towing vans.” 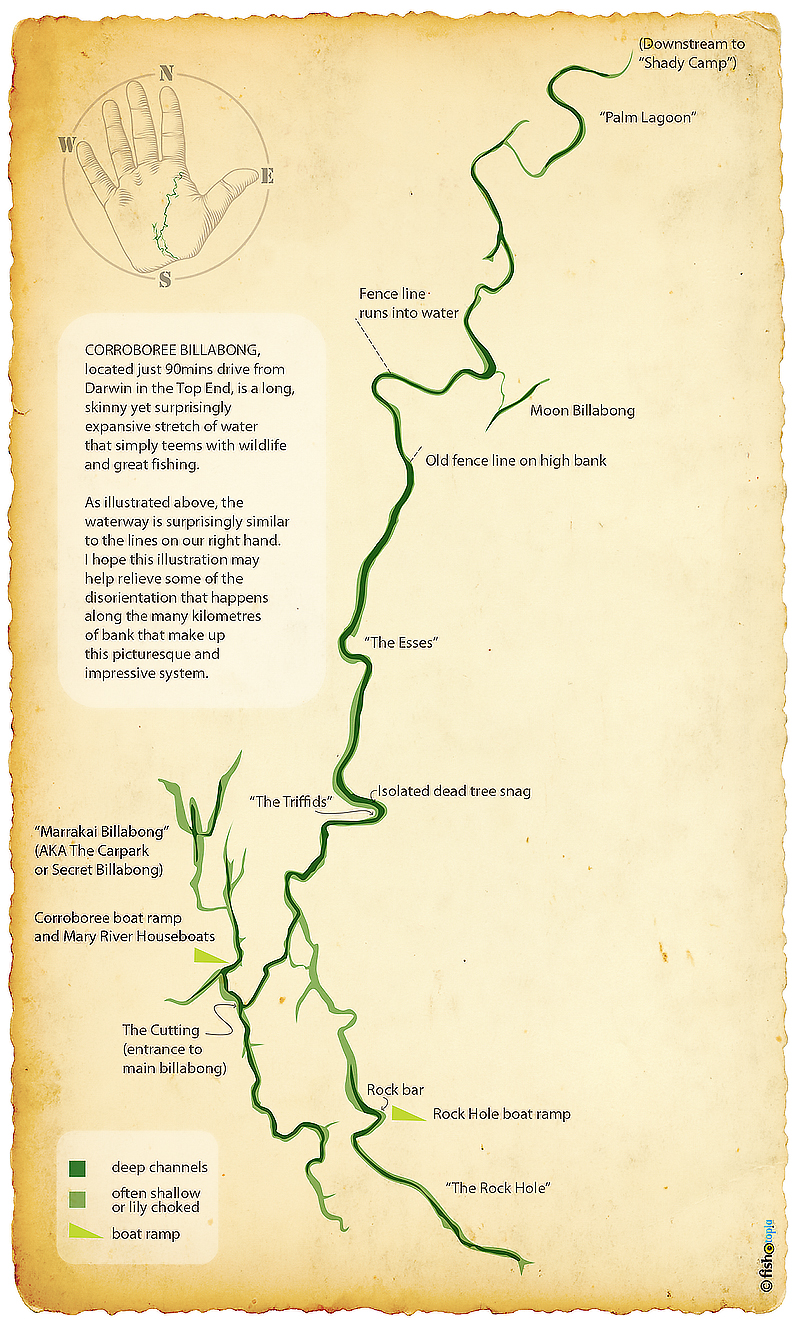 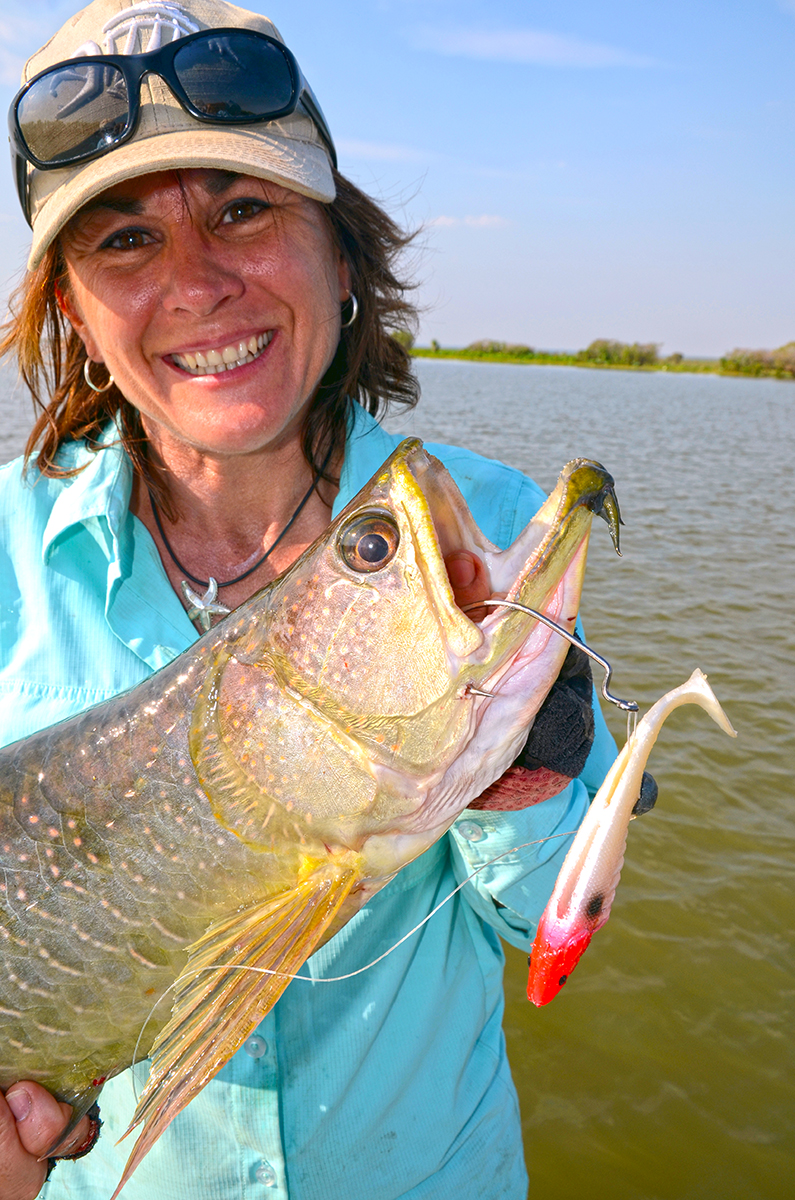 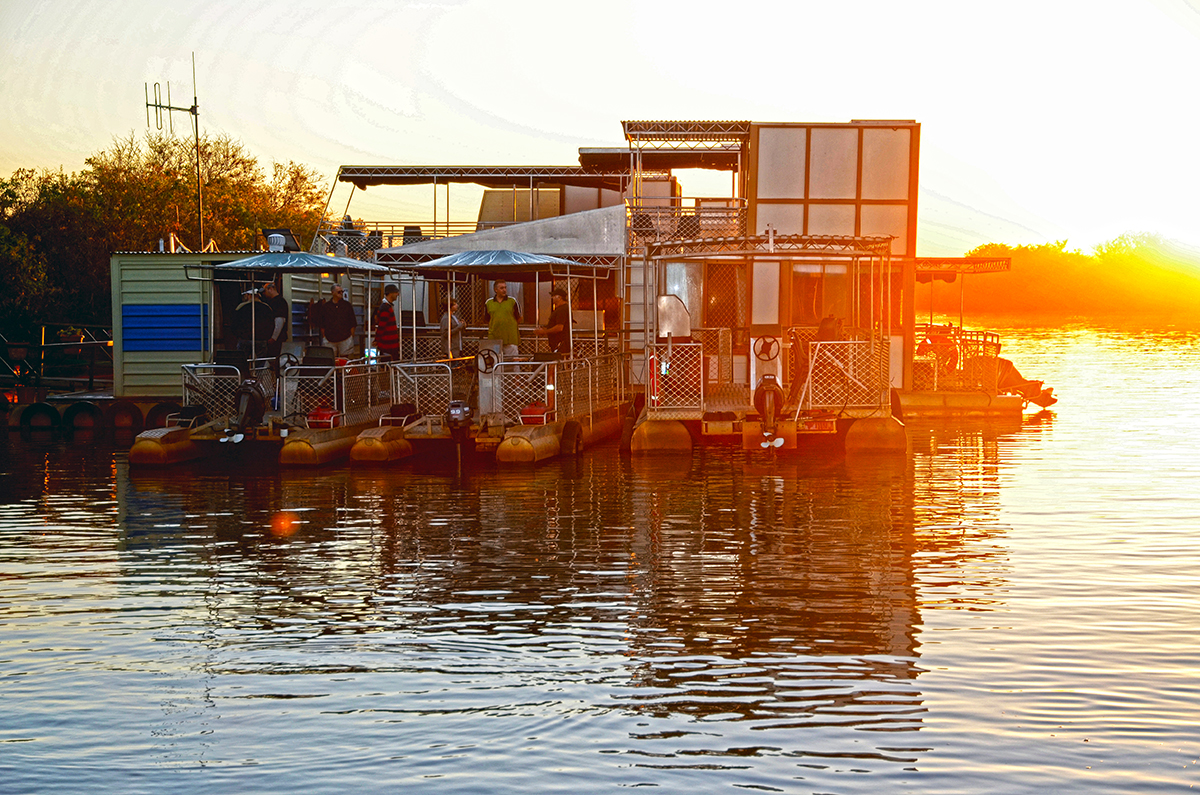 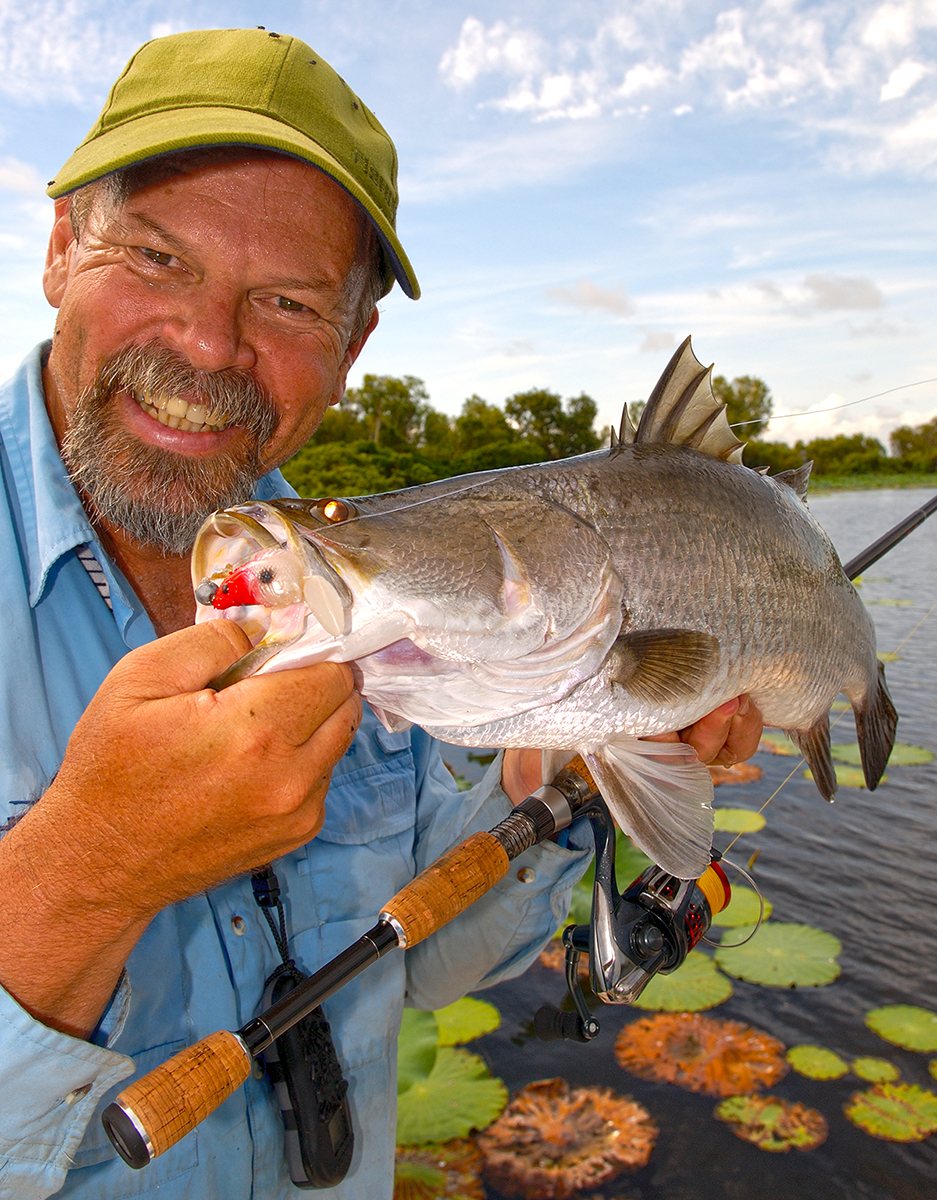 One of the reasons for Corroboree’s importance and immense popularity is its relative proximity to Darwin and its easy access, even to conventional vehicles and those towing vans. These days, with roads constantly being improved, it’s possible to drive from the very heart of the city’s CBD to the two-lane concrete boat ramp at Corroboree in little more than an hour and a half. From Palmerston, Howard Springs or Humpty Doo, on Darwin’s eastern outskirts, this journey can take an hour or less, even with that boat or caravan in tow.

By Top End standards, these travel times put this big billabong system just around the corner from well over 120,000 people, at least half of whom own a fishing rod! Throw in tens of thousands of southern and international visitors each year, many of whom also dream of catching a barra, and it’s not too hard to see why an easily accessible and reasonably reliable fishery like Corroboree can become a rather crowded waterway on any weekend in June, July, August or September.

If word gets out that the barra are biting at the ’Bong, numbers on the water quickly increase. Fortunately, it’s a large system, so there’s plenty of room for everyone. While everyone wants to catch a barra (and with good reason), these aren’t the only fish found in this extensive freshwater billabong.

It’s also home to thousands of sataoga, or ’toga, as they’re often called, and I really love catching these primitive, serpentine predators! You’ll pick up the odd saratoga while trolling a lure behind a slow-moving boat (the commonest way to target barra), but that’s very much the exception. However, when you start casting — and particularly casting weed-proofed offerings deep into the lily pads and stands of reeds — saratoga actually become the dominant species encountered.

You’ll catch barra this way, too! I’ve had days at Corroboree when I’ve literally lost count of the ’toga strikes my cast and retrieved lures have attracted, although the conversion rate with these hard-mouthed aerialists isn’t high.

All the same, it’s far from rare to land between six and a dozen saratoga for a full day on the water, and at least half of these are likely to be good specimens in the 55 to 70 cm range. Even bigger fish are always on the cards, too. Enjoy the fight and let these living fossils go, as they’re full of bones and not especially tasty.

Along with the ’toga and barra usually come a smattering of other incidental captures including tarpon (ox-eye herring), sleepy cod, freshwater long toms (more common in the Rock Hole, for some reason), mouth almighty and the inevitable fork-tailed catfish. There are sooty grunter in the billabongs too, but for some reason these are rarely caught on lures at these locations.

Not surprisingly, Corroboree is a favourite destination for Darwin’s large army of day-trip and short-duration professional fishing guides. Many of these operators will target systems further afield — like Shady Camp, the South Alligator, the Daly or the Finniss River — during the run-off period, immediately after each Wet Season. But by early to mid-June most years, a large percentage of them will have switched over to working Corroboree.

Being able to pick their clients up from city hotels at 5 AM, stop for a leisurely breakfast at Corroboree Park Tavern just after 6 and be on the water and fishing by a few minutes past 7 is something of a luxury for these hard working guys: one made even more attractive by the lack of bone-jarring, equipment-busting corrugations and pot holes. 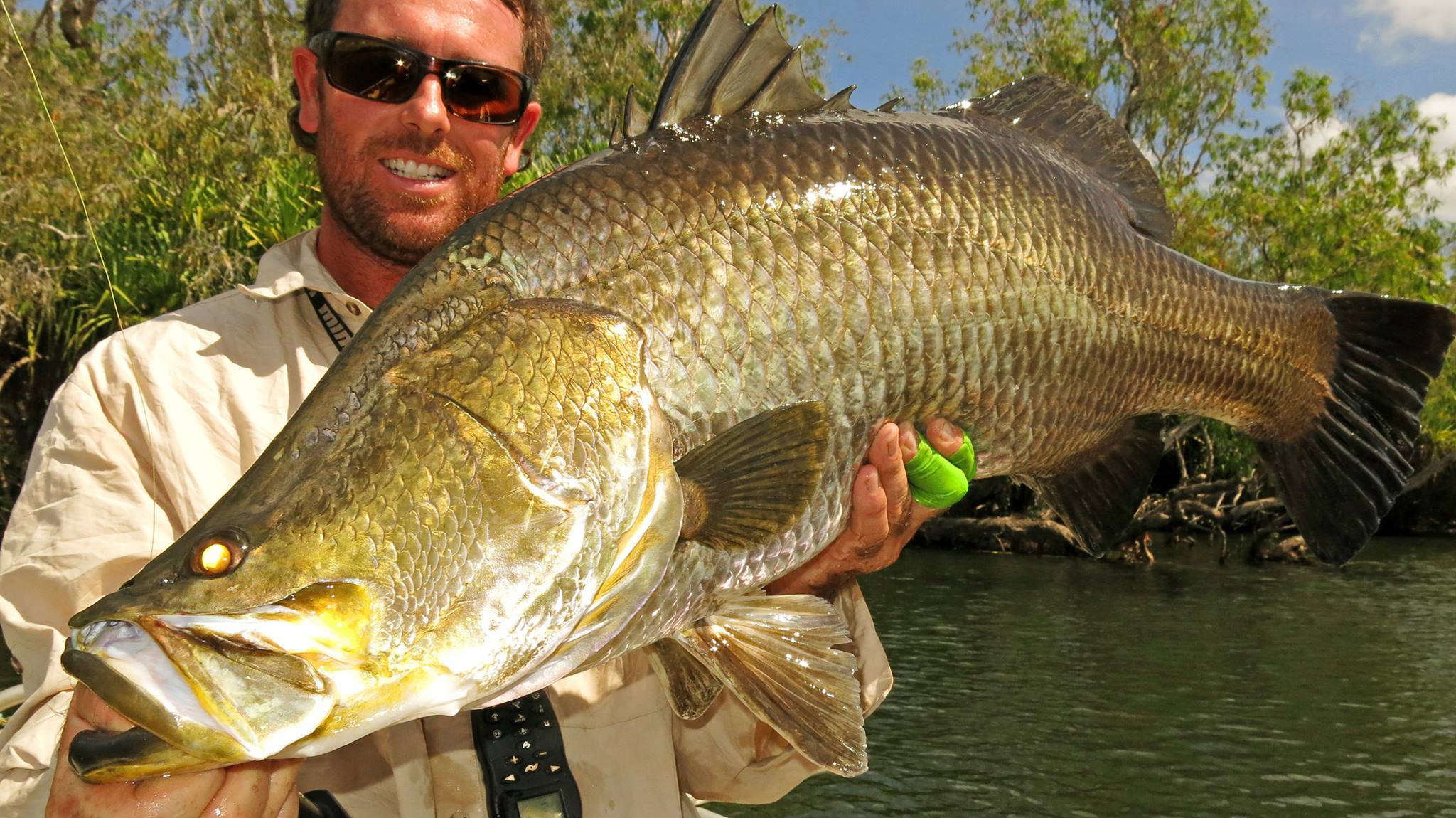 One of the best Top End guides is Glenn “Watty” Watt of Barefoot Fishing Safaris (Glenn is an Inner Circle member, so friend him up!). If he can’t take you out to Corroboree himself, he’ll certainly put you onto someone who can. Check Watty’s business out at and message him here or via www.barefootfishingsafaris.com.au

One of the best Top End guides is Glenn “Watty” Watt of Barefoot Fishing Safaris (Glenn is an Inner Circle member, so friend him up!). If he can’t take you out to Corroboree himself, he’ll certainly put you onto someone who can. Check Watty’s business out at and message him here or via www.barefootfishingsafaris.com.au

If you just wish to view the waterway and its wildlife without wetting a line, try Corroboree Billabong Wetland Tours on (08) 8985 5855, or at www.wetlandcruises.com.au For those who’d rather do their own thing, Mary River Houseboats offers drive-yourself dinghies and live-aboard houseboats of various sizes. Call (08) 8978 8925 or visit www.maryriverhouseboats.com.au to find out about these. It’s very special to awake to a misty dawn on the billabong, cocooned in the peaceful solitude of your own floating home-away-from home, and be serenaded by flocks of exotic waterfowl, their musical calls punctuated by the watery detonation of surface feeding barramundi! One of my other favourite places to stay in this area (not to mention enjoying a cold beer and a great pub meal!) is Corroboree Park Tavern, out on the Arnhem Highway near the turn-off to the lagoon. This establishment also offers a campground and air-conditioned dongas. Call the Tav’ on (08) 8978 8920. Wherever you choose to stay and however you plan to enjoy your own personal Corroboree experience, I guarantee it’s a place you will never forget. 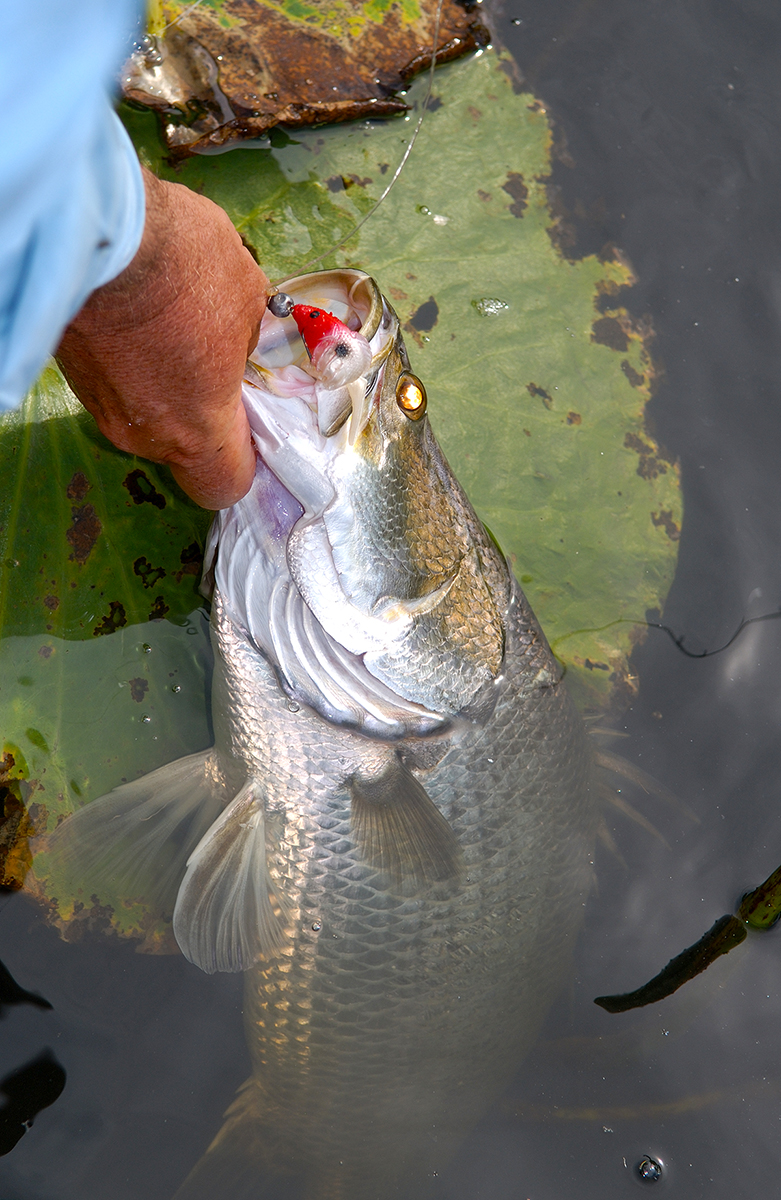 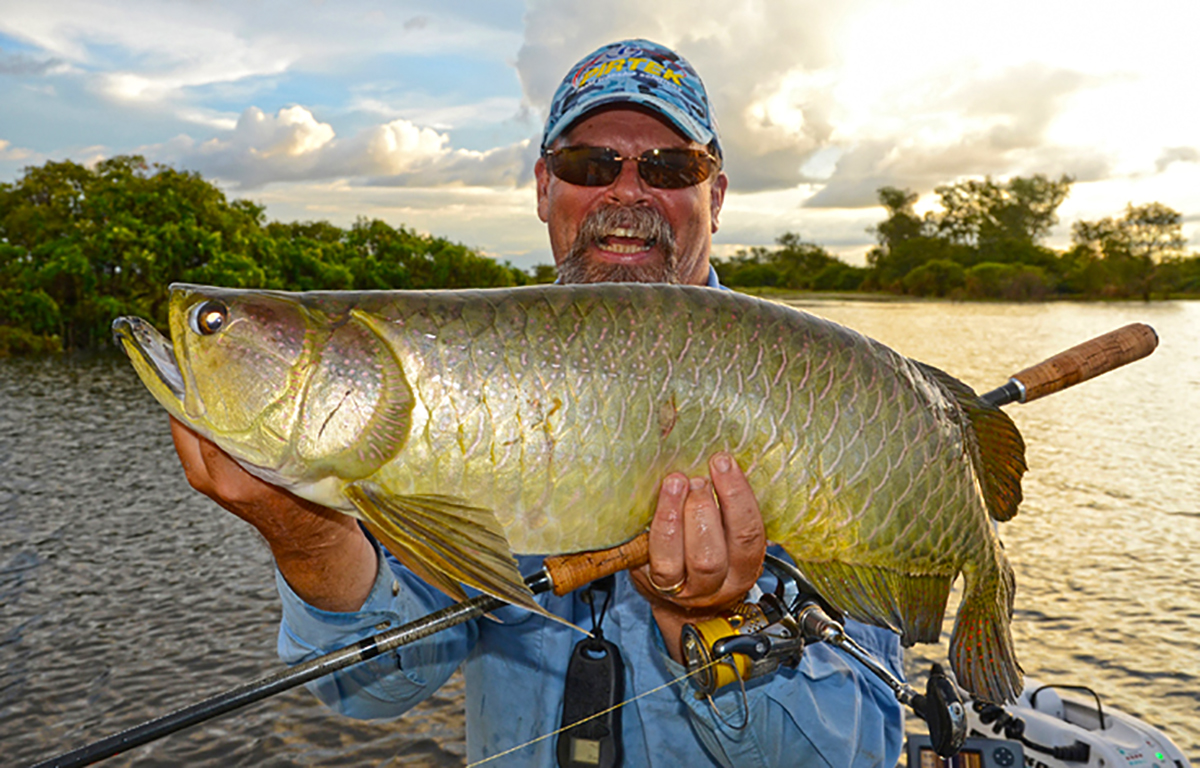 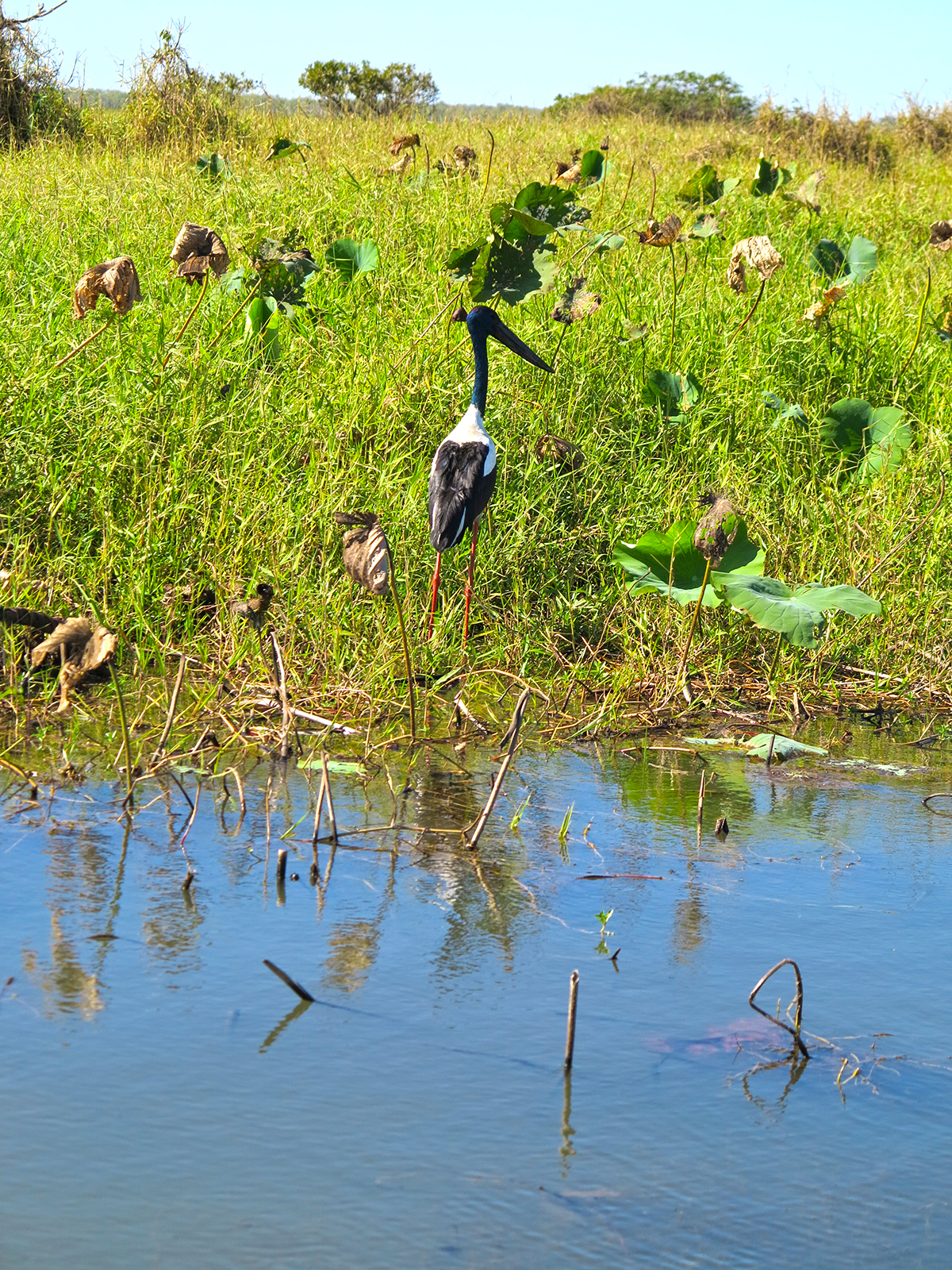 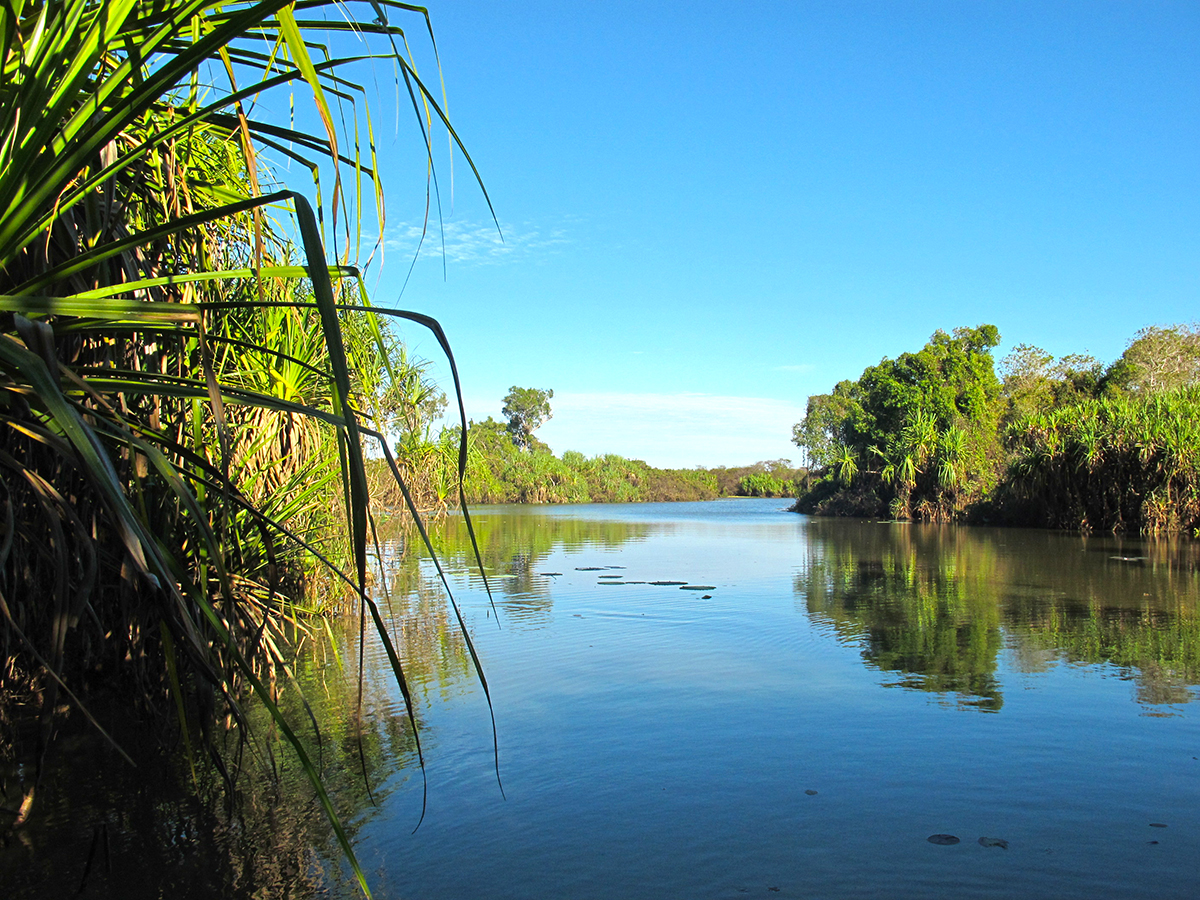 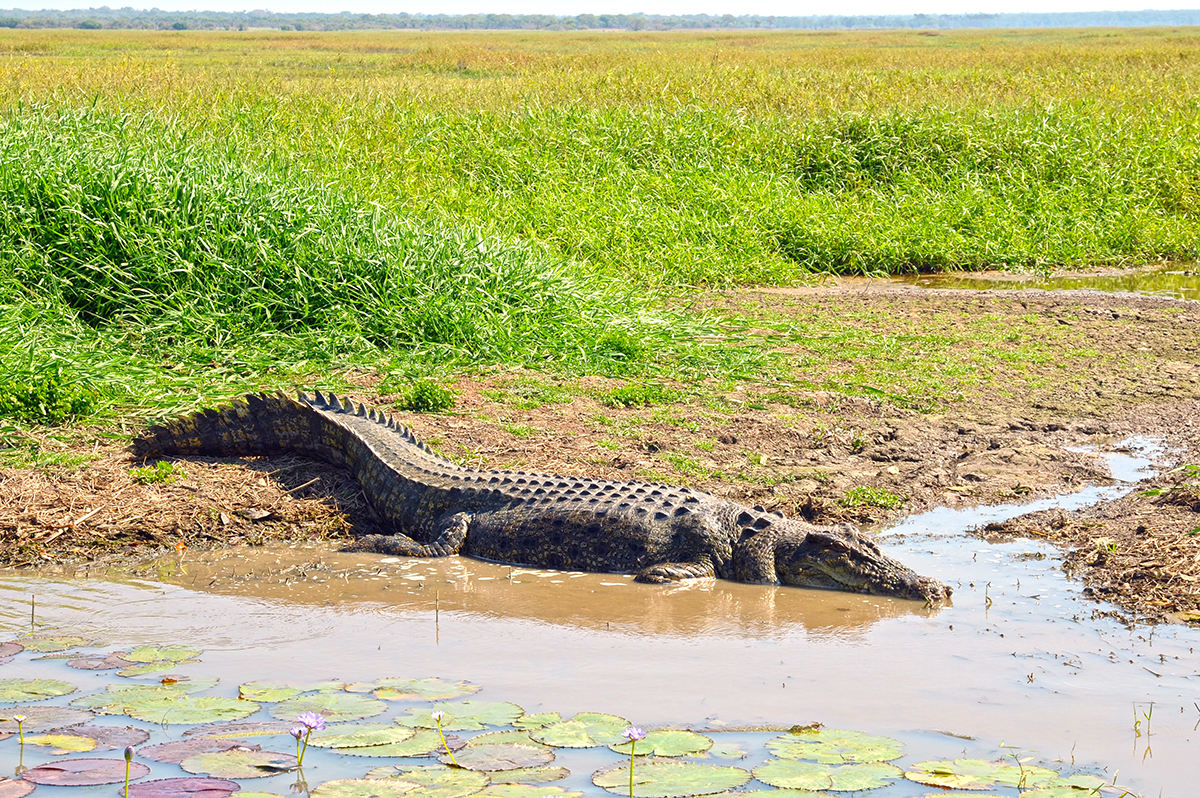 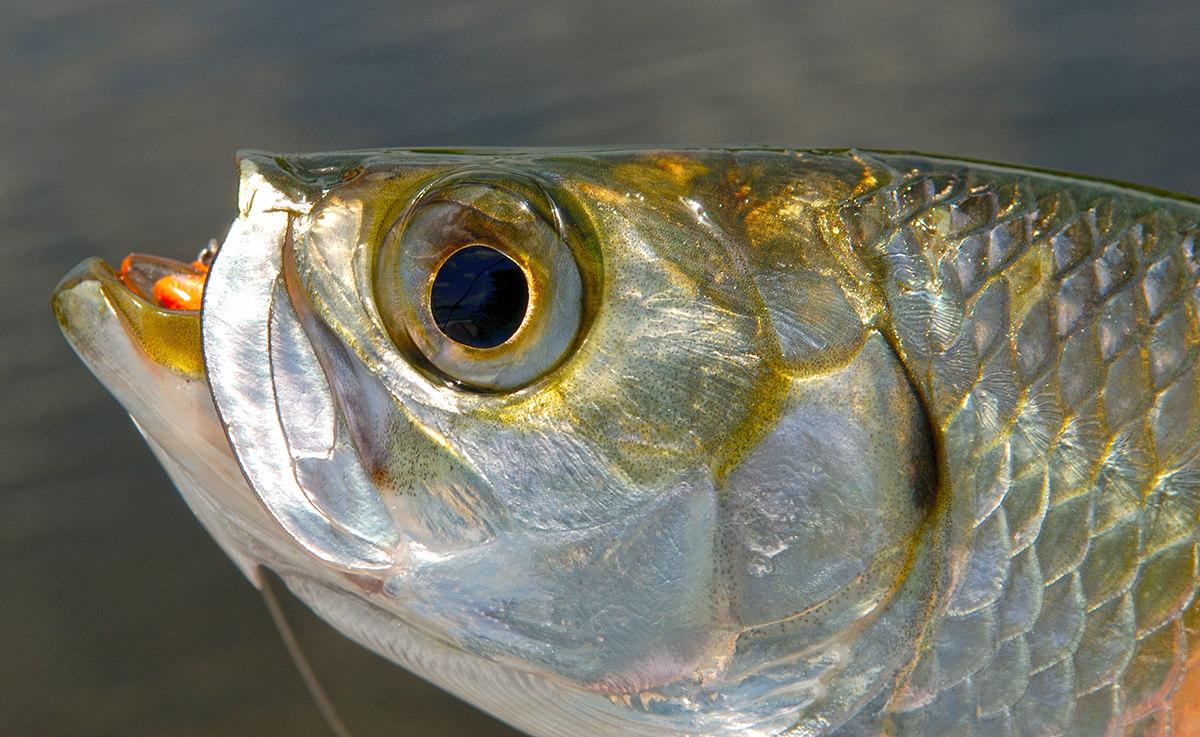 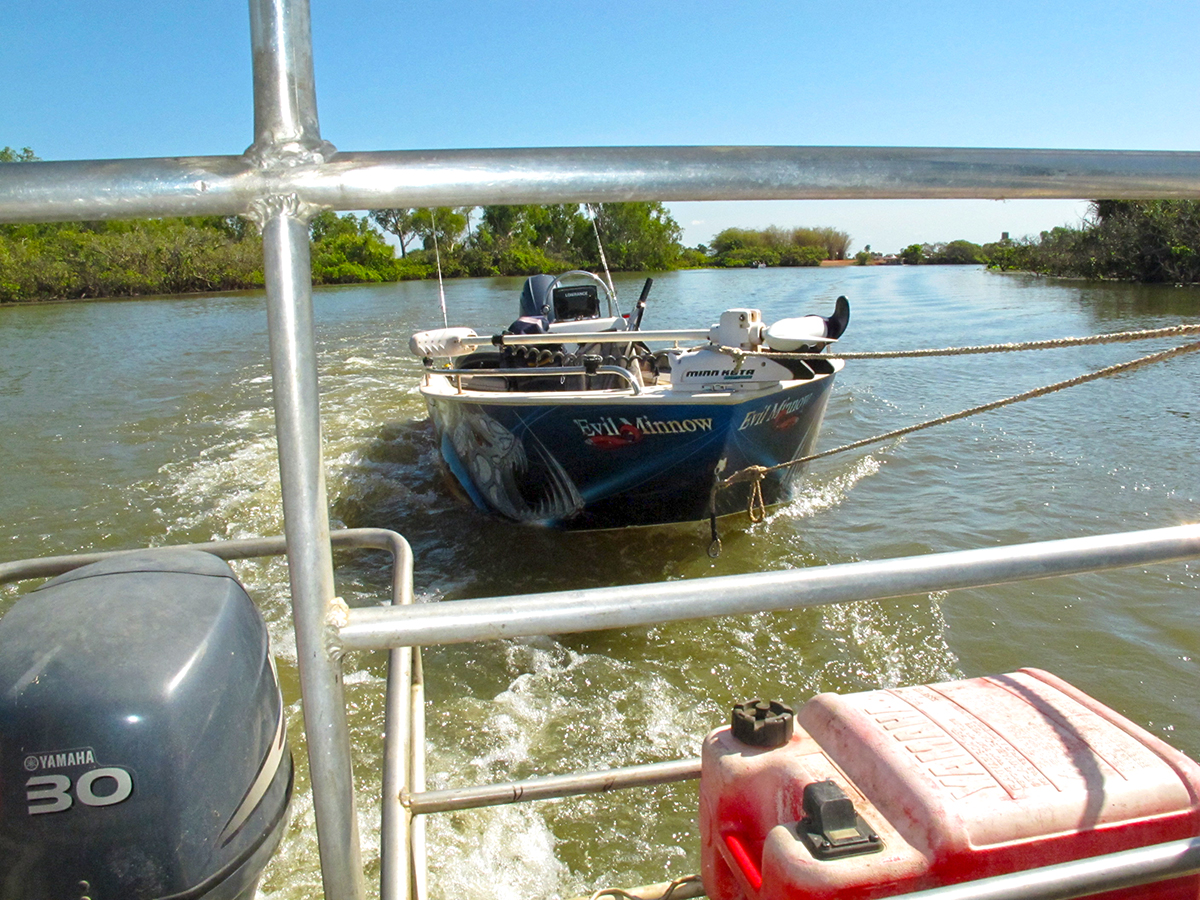 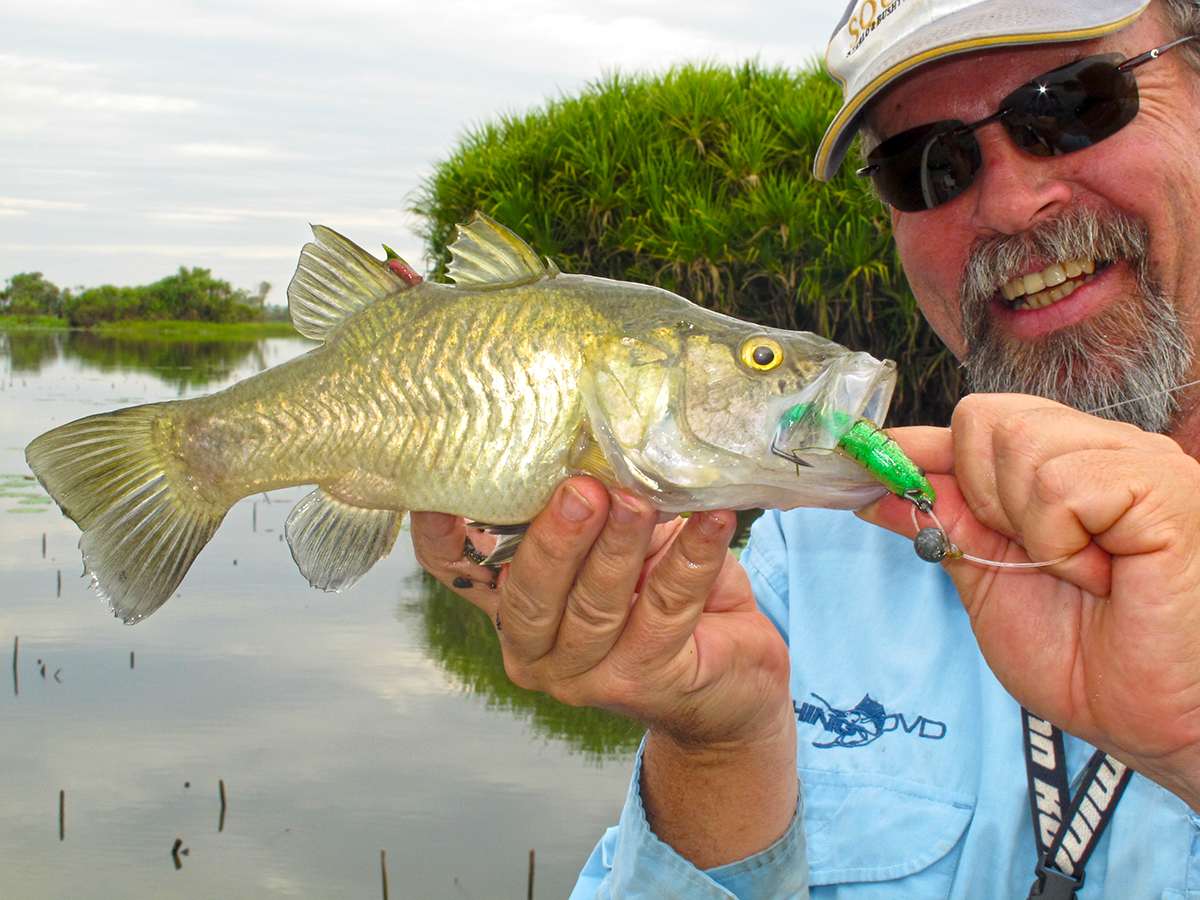 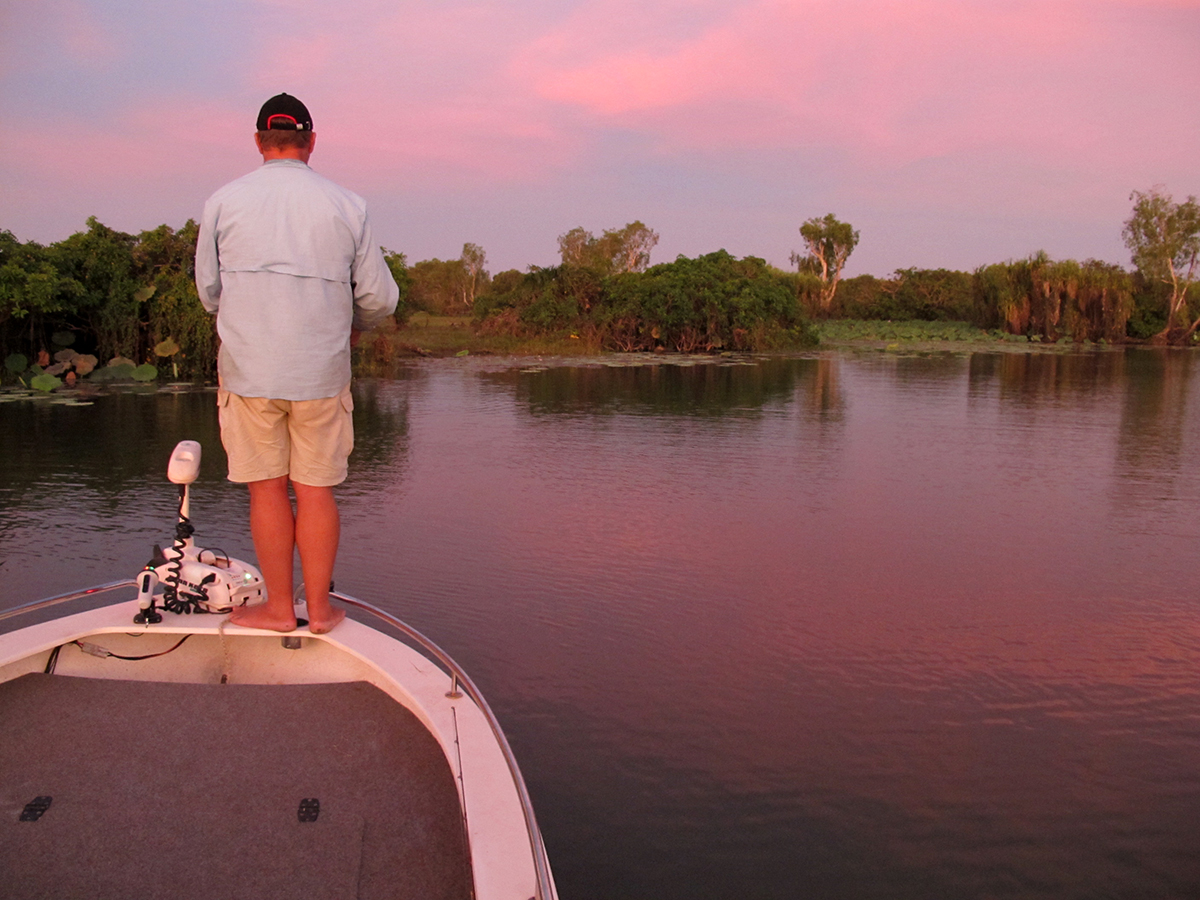 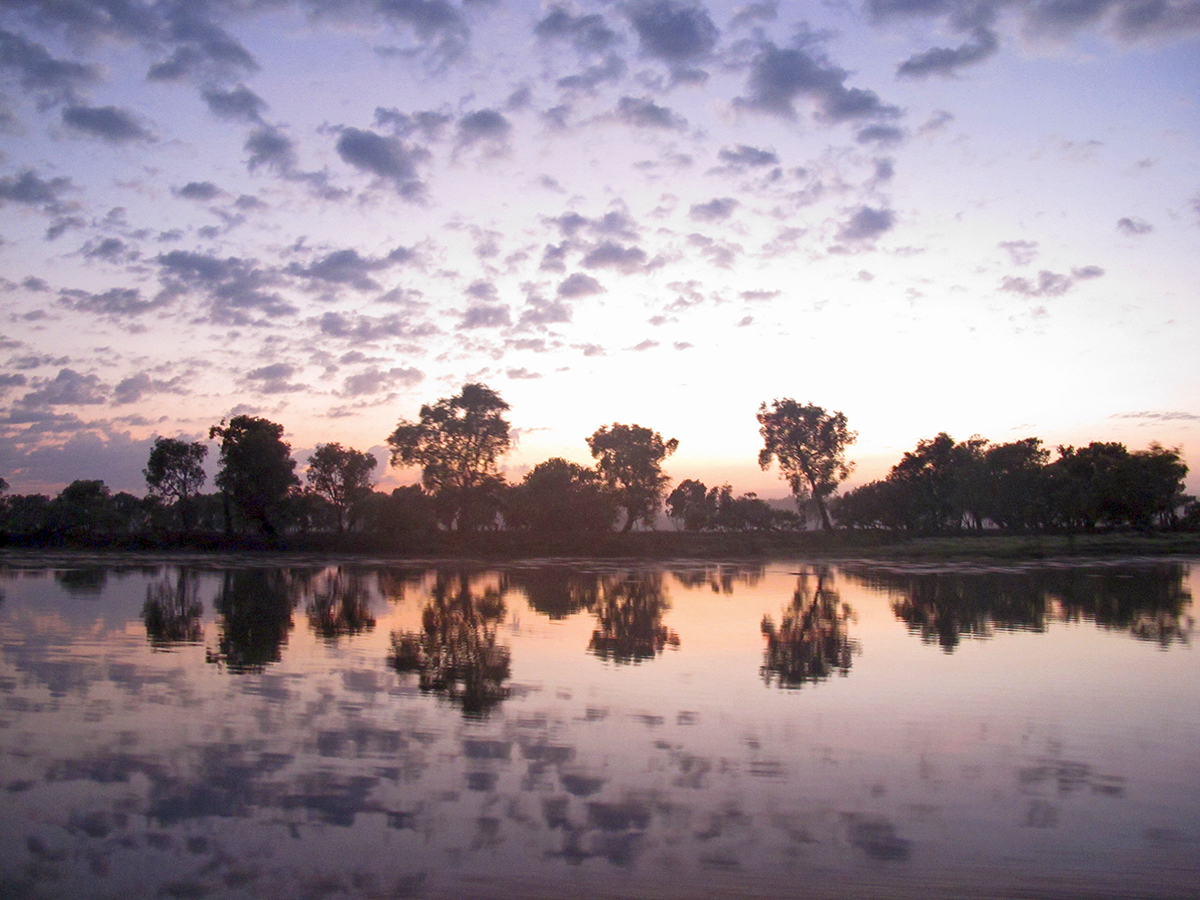 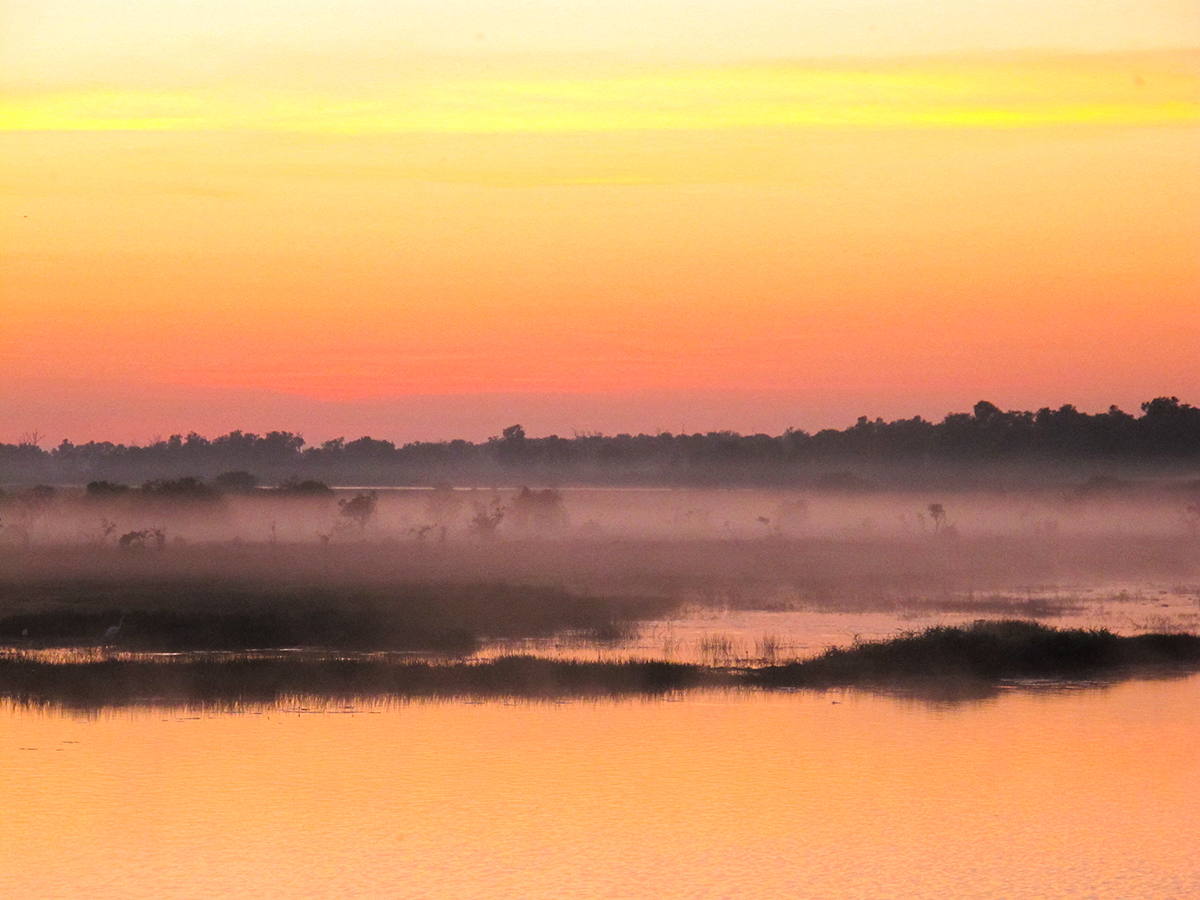 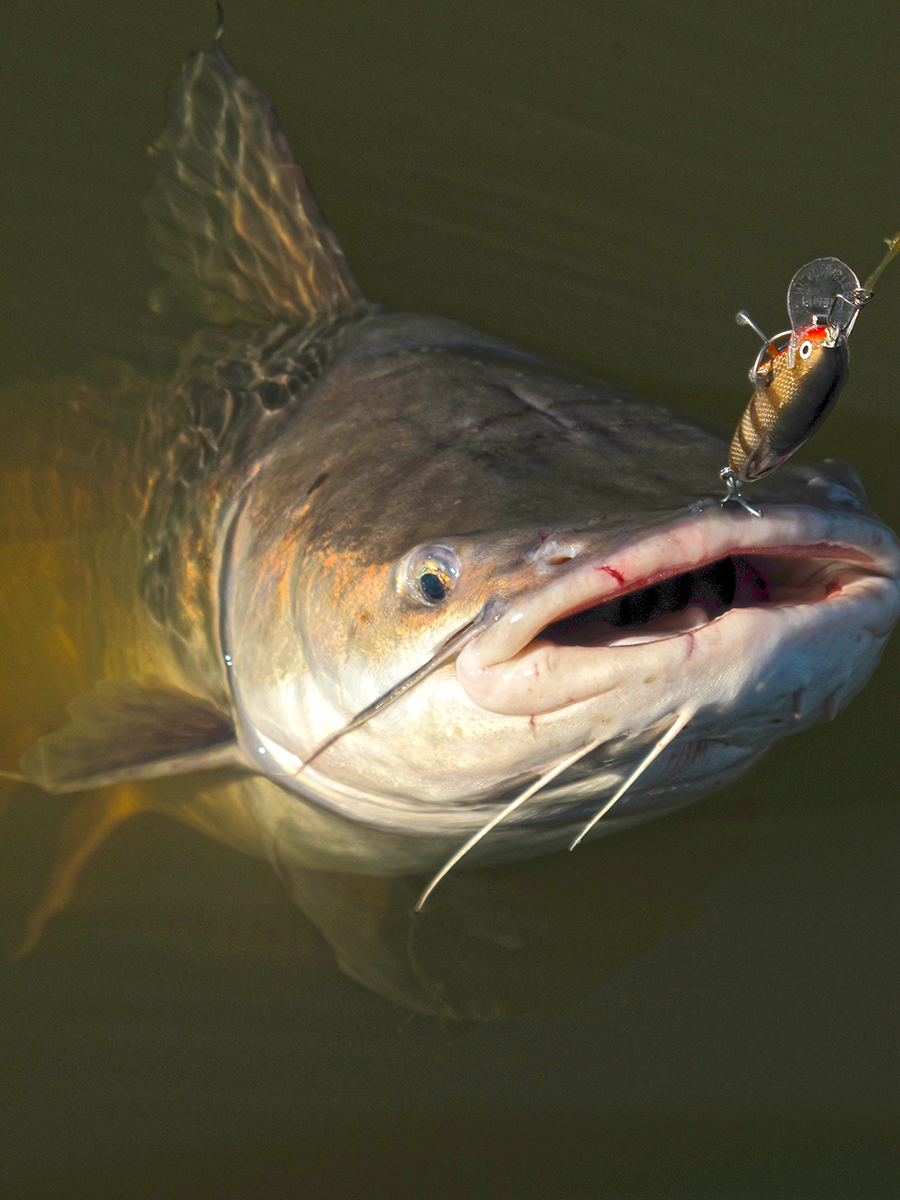 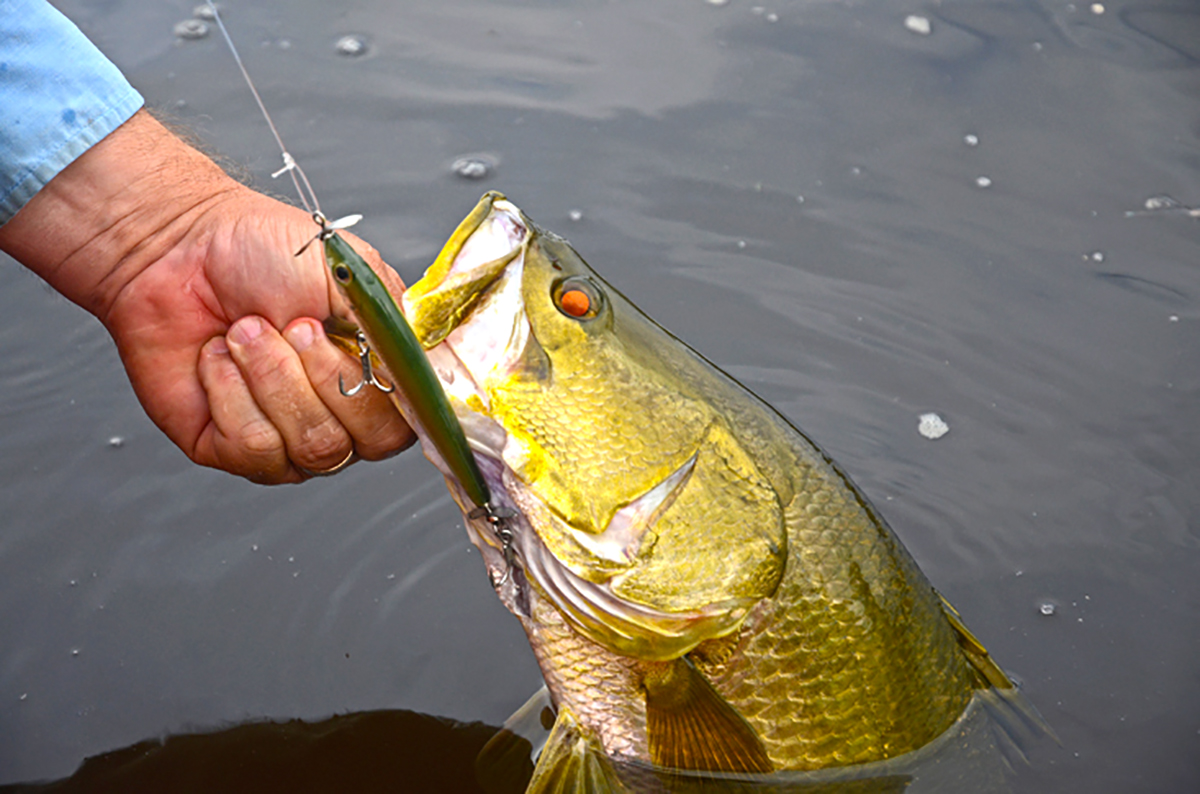 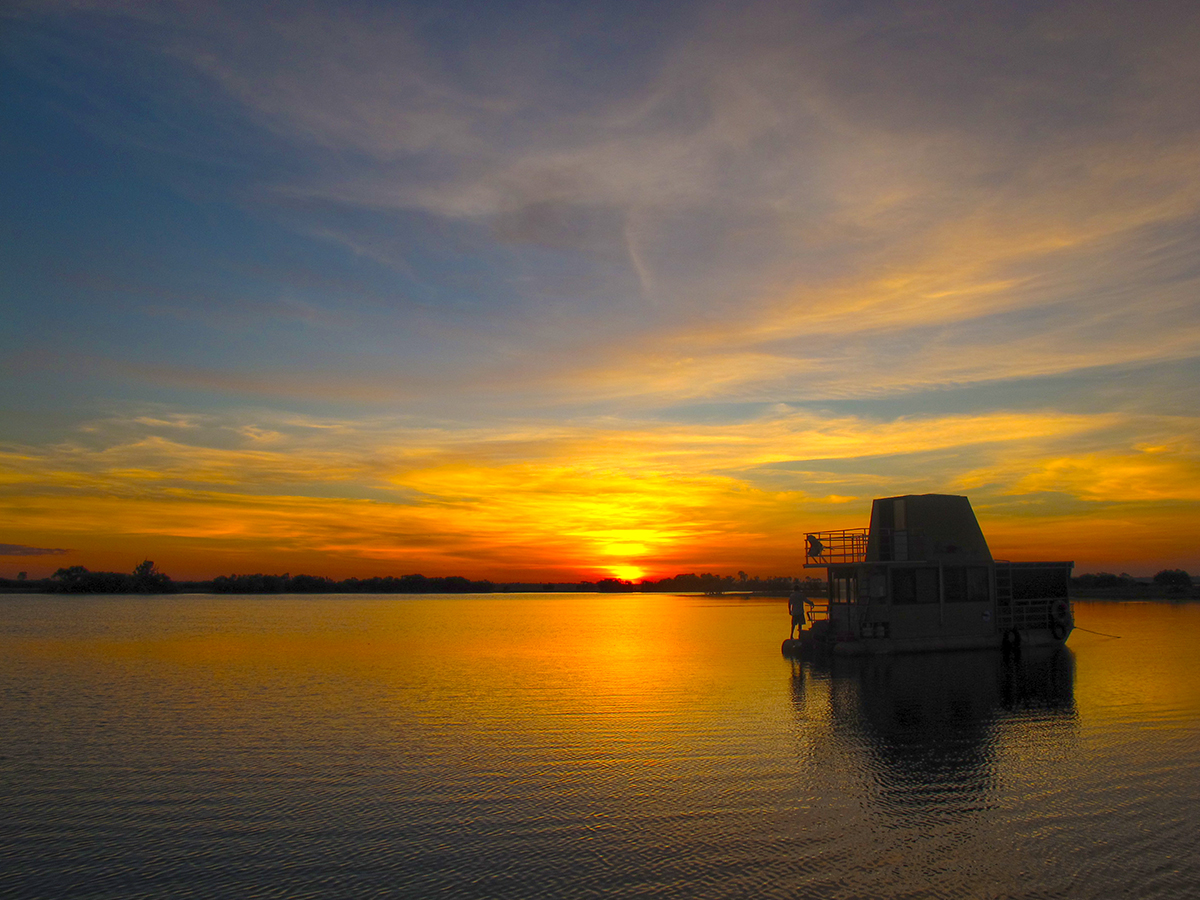