It’s the nature of our sport. 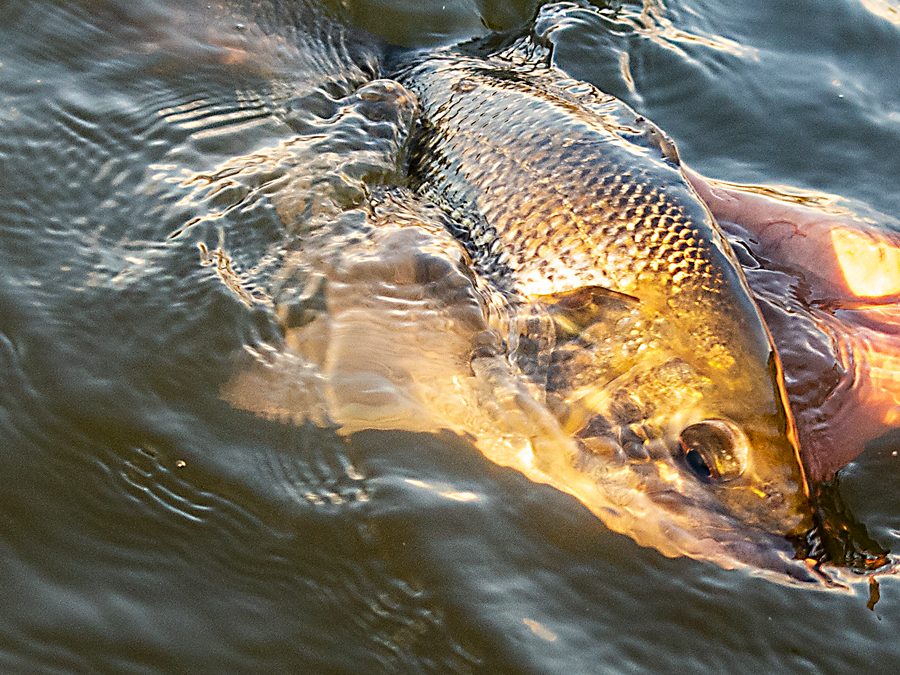 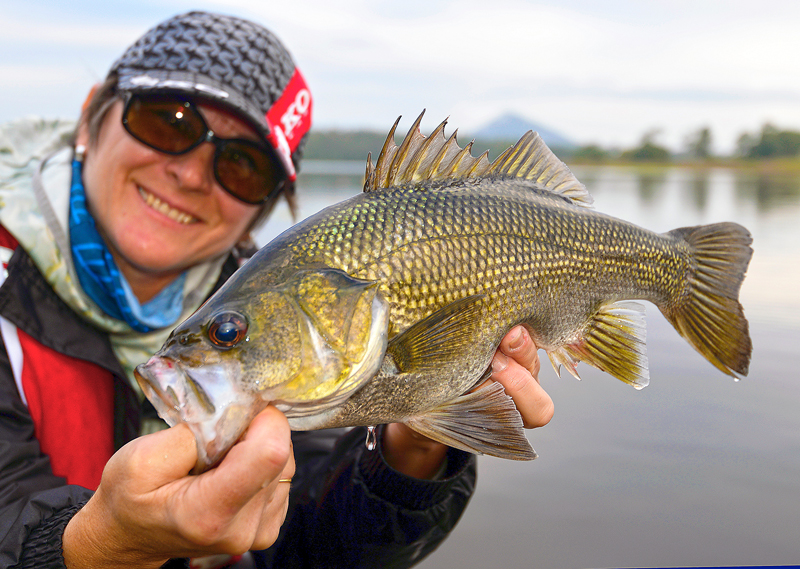 A little marvel: this gorgeous bass came to visit during prefish for a kayak tournament on Lake Macdonald in Queensland.

Why am I smiling so broadly? Because right here, in this moment, everything is wonderful: My surroundings, my relationship, that fish, this river, this life. In the immortal words of Richie Benaud, Marvelous! (and “yes”, I love my cricket… even this season). Every day, I count my lucky stars that I am an angler in Australia and that the majority of anglers I meet are nature lovers, like me. Recently, I had the pleasure of discussing my preferred pastime with a non-fisher. I have to admit that these are my favourite conversations, because the non-fishing public tends to form fixed ideas around what fishing is all about. The very last thing they expect to learn is that we are intrinsically conservationists. It’s the nature of our sport (pun intended). 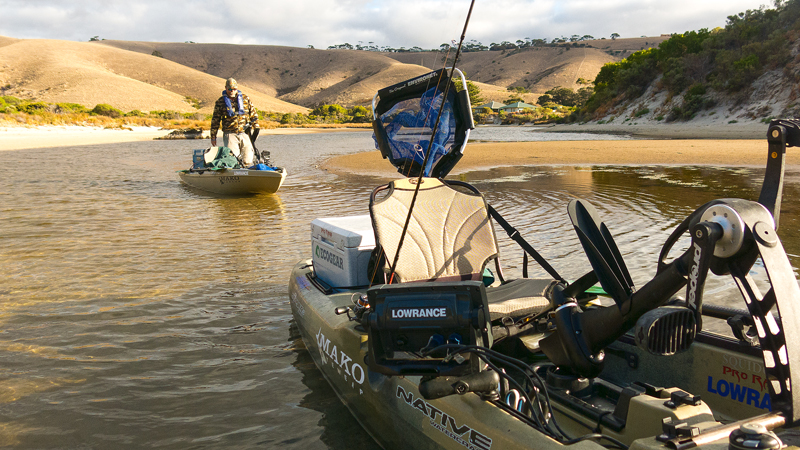 Pulling our ‘yaks out after exploring an estuary on Kangaroo Island, SA, where farming has massively changed the environment.

Sharing our love for the environment, our passion for healthy waterways and fish habitat, our fascination for the entire eco-system and symbiosis of the species that share it is a fantastic way to engage with those who don’t fish. I find that these conversations fascinate our non-fishing friends, often exciting them and easily break down any adverse judgements they have. I do occasionally meet anglers who do not share the same ideals, which always intrigues me. Usually, after a little digging, I find that they just haven’t thought about it all that much. When they do reflect on their interactions with fish and the environment, they quickly realise how much they understand about this alien world on Earth, and they develop a respect for the fact that they’ve learned most of it through their own observations. And when they realise that a deep understanding of all things fishy; from fish behaviour, to habitat, to food chain, to eco-system, etc. is one of the defining ingredients to an elite anglers “talent”, and further that healthy fish populations depend on healthy waterways, the fire of passion for conservation is lit. It’s little wonder that keen anglers like myself get offended when other conservation-minded groups brand us as threats to the environment. Such blanket accusations are blind, ignorant and downright unhelpful… especially in times like these when all conservationists should be working together, regardless of their ilk. 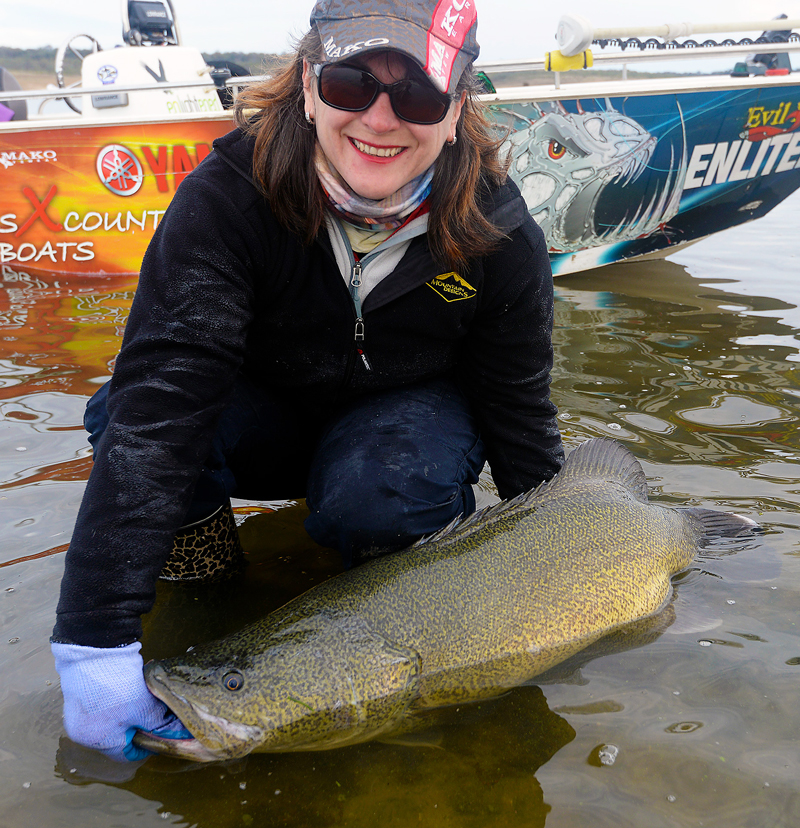 Many think of the word “love” as a noun, but it’s also a verb! If you genuinely “love fishing”, it will show in your actions. 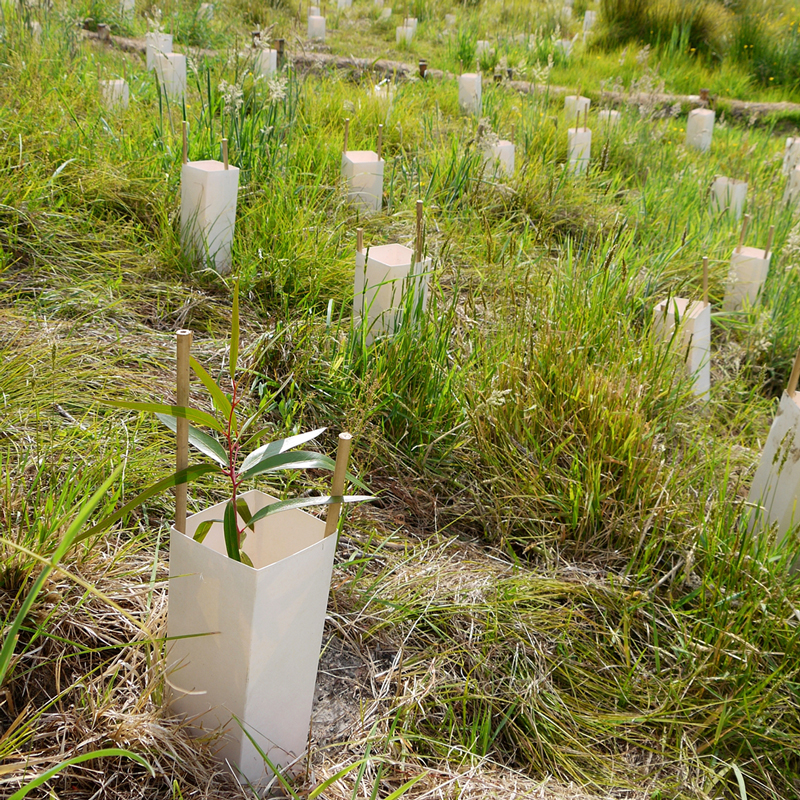 I thought this comment from one of my Inner Circle cohorts, Keith Chessell, was very insightful: “I just watched a video Steve [Starling] put out (see video here-abouts), saying “no” to a [proposed] marine park in the Hawkesbury area of Sydney, which would ban recreational fishing in key areas. “It makes a keen observation that an angler’s ability to observe and interact with the environment is unique and unsurpassed in clarity. It could easily be suggested that a keen recreational fisher is truly an unbiased monitor of the environment. We want the environment as it’s meant to be… that is, with plenty of fish in it! “Whilst watching that video, I realised I could recall the state of local (and some not-so-local) rivers, coastal areas, bays and harbours, creeks and waterholes across the years. Not only could I recall the state of the waterways, but also the fish, insects, birds, animals, weather, people using the resource for recreation, boat traffic, ramp facilities, road constructions, housing developments and a whole host of other observations around our most precious resource — water. “If the government are serious about monitoring the changing environment and genuinely want to have their finger on the pulse, they really shouldn’t bypass (or worse still, punish) the keenest observers they have at their very fingertips — the passion driven recreational angler!

“Imagine, if we could be recognised as the unbiased, under-utilised, precious resource that we are… we could be assisting them to achieve positive outcomes for our environment. They really shouldn’t be considering locking us out at all. “There is literally a whole army of recreational fishers across this country that could accurately report on the state of our waterways and its wildlife at any given moment. And to cap that off, many of us pay to do it! “This must be the most ironic thing I’ve ever uttered, but in this fast paced modern world of ‘profit before common sense’, fish actually need us!”
Keith makes a very good point, but he’s not the first. OzFish Unlimited is a not-for-profit organisation that is set-up to leverage angler conservationism and provide a framework for us to actually do REAL work to protect and rehabilitate degraded waterways. It doesn’t take a genius to work out the fish will not stay in an unsuitable environment if they can escape… it just takes a bit of empathy. Let’s face it; I wouldn’t stay in an unsafe or unhealthy environment if I had the chance to move. It’s base survival instinct! So, if you want quality fishing in your favourite waterways, you need to make sure those waterways suit the needs of the fish! If they don’t, what’s gone wrong? Is it riparian zone degradation? Agricultural run-off upsetting the balance? De-oxygenated water? Lack of structure? Lack of fish passage? The impact of mankind on the waterways can be minimised and even rehabilitated, with effort and understanding. And such waterways can return to their former glory and reward their custodians with more than just excellent fishing long into the future. As Steve said in his reply to Keith on the Clubhouse Wall, “the best conservationists tend to be those with a vested interest in the resource they are attempting to conserve”. That’d be us! Check out the video I’ve included here from the Inland Waterways Rejuvenation Association, one of the inspiring chapters of OzFish Unlimited. It gives a little insight into what we can achieve when we put our passion to work. 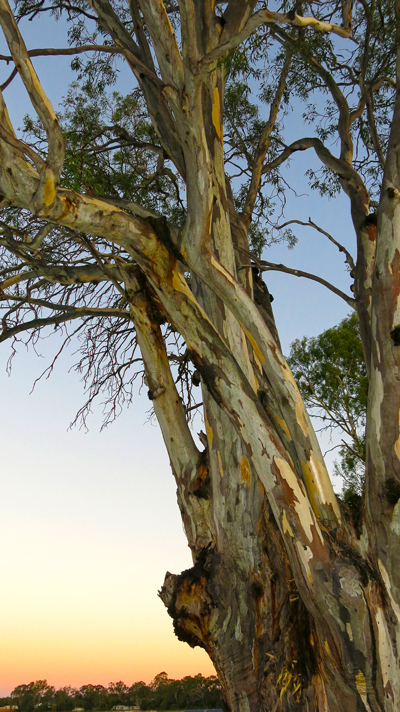