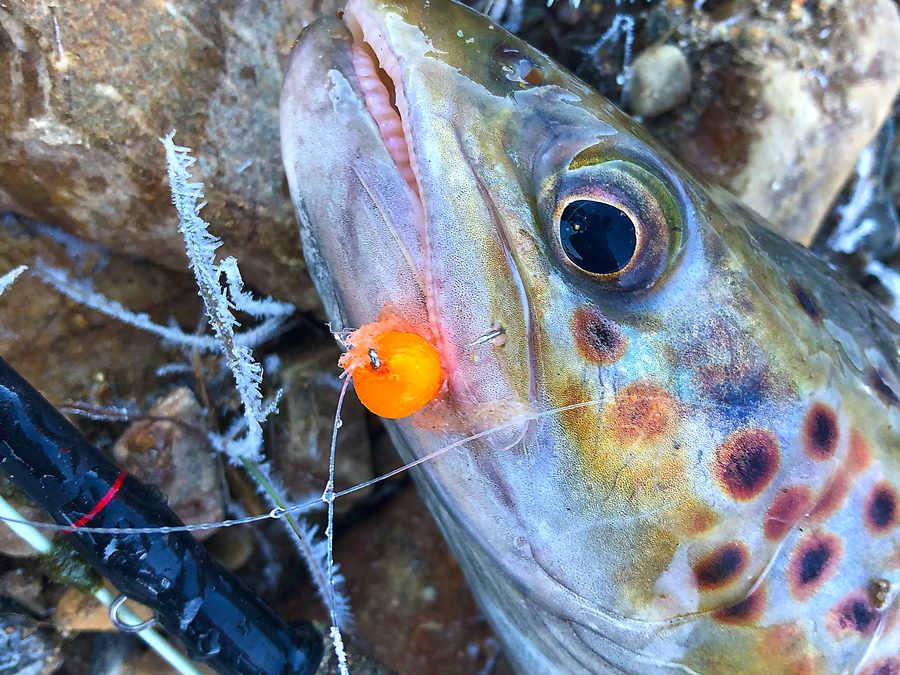 Have you heard “The Church Of The Wandering Stream”, a song by Ben Winship and David Thompson? I’ve been singing it a lot lately. Nature is a wonderful mentor and, if there were such a church, she’d be its highest deity. This past month has been extremely uplifting for me… as I dusted off my fly rod and donned the garb of the Wandering Stream’s acolytes… a pair of waders.

I had such high hopes for what I’d achieve during my Fly Gear Gap Year. The level of support from the fraternity was humbling and I was desperate to repay it with astonishing strides forward in my fly fishing aptitude. Then, 17 days into my Gap Year, disaster stuck in the form of an obliterated ACL. So much for big strides!

My 2018 Fly Gear Gap Year was now in the hands of the fly gods. I didn’t throw the fly rod in the bush, though… I hobbled along, taking whatever suitable opportunities came my way. Whilst I couldn’t fish as hard or as often as I had planned, there were videos to watch, inspirational people to interview and quiz, a yard to practice in and plenty of time for visualisation and reflection.

Since December 31, I’ve frequently marvelled at how much I learned from my Gap Year, despite the debilitation. Whilst I didn’t pick up as much active experience as I was hoping for, I learned an enormous amount.

Revelation: Just how much my fly fishing improved was made patently obvious to me during May. As I strode the home stretch towards my rehabilitation goal of walking streams by the end of the month, a tempting opportunity arose… to walk some trout lakes with Victorian fly legends, Val and Bob Young! Of course, I didn’t hesitate (don’t tell the doc).

The fly deities were feeling mischievous on the day the Youngs picked me up. It was a glorious morning for a drive, but just before we arrived at Millbrook Lakes, a gnarly autumnal wind began to fill its bellows and by the time we hit the water, it was literally a gale.

Casting in wind was objective #1 of my Fly Gear Gap Year. Not for the first time, the gods had set me a practical exam!

We hunted out sheltered positions, but fish don’t always share our opinion on the most favourable water in a fishing spot… in fact, they usually take the opposing view. Thus, it was a good while before the first fish was pinned.

Wind the clocks back a year and you wouldn’t have found me fly fishing in the spot where the fish were. It challenged my Fly Gear Gap Year objective #2: casting in tight quarters. It looked fishy though… a short bottleneck that connected two deeper basins in a lake. The banks were only about four metres apart and both lined with bush and trees. As if to ratchet up the intensity of this test, the passage of water lined up perfectly with the wind direction and was acting as a funnel for the gale. 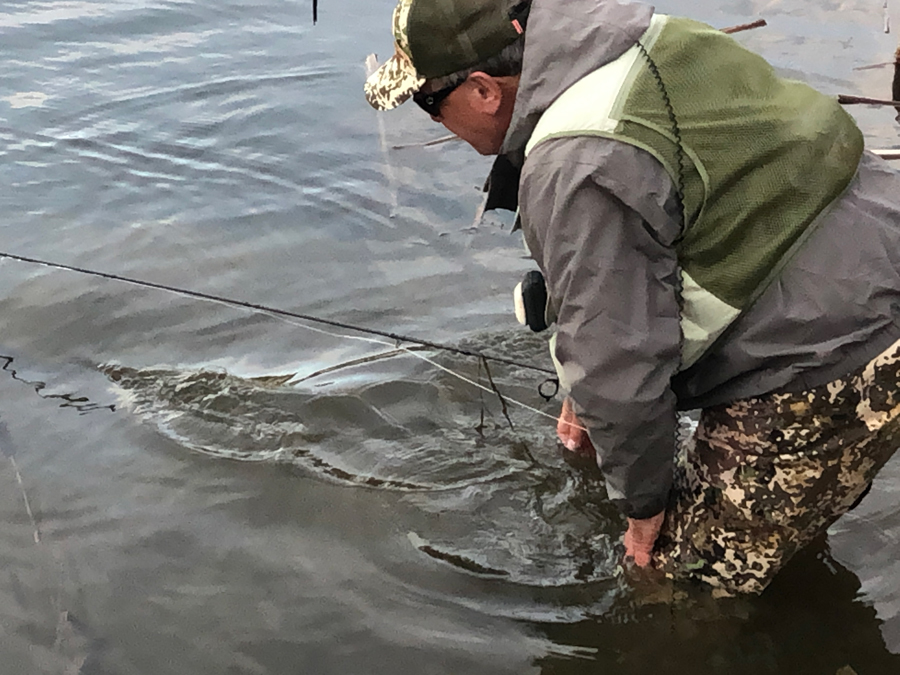 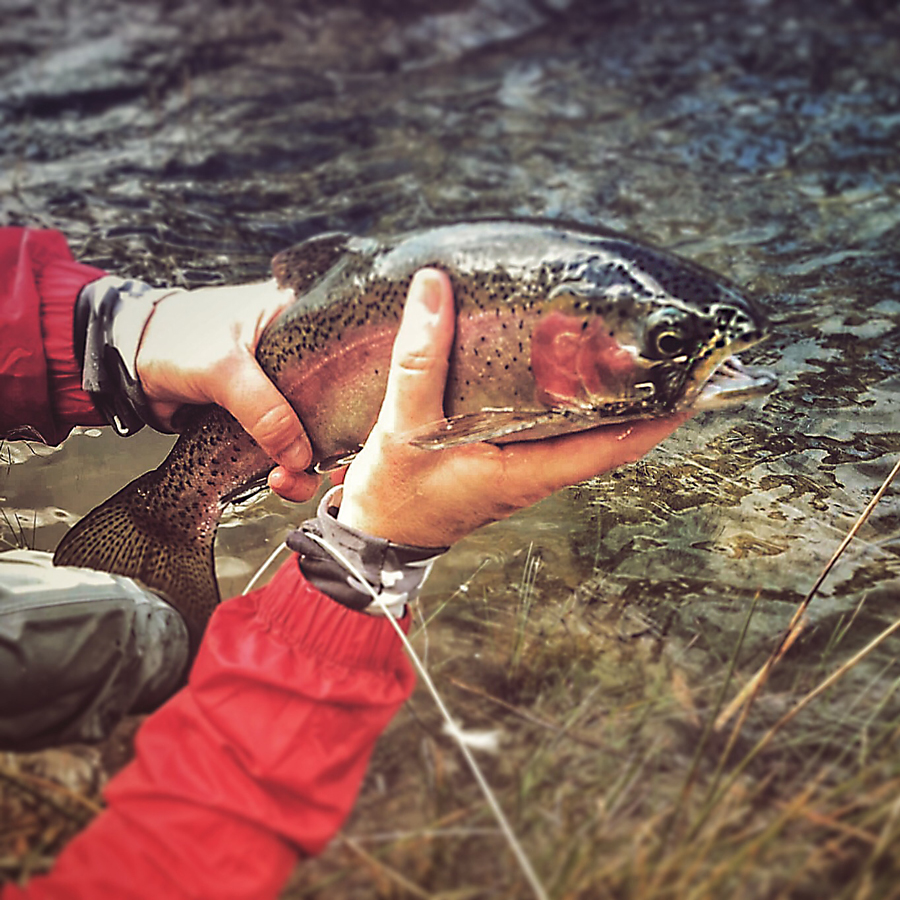 What was the point of my Fly Gear Gap Year, if not to give me the gumption to shake my rod at situations like this?! So I pushed through the trees and took up position.

My plan was to drop my Woolly Bugger as close to the opposite bank as possible — upwind — and slowly retrieve it back. With the trees at my back, I needed my roll casts to work (not a strong suit of mine). I found that I couldn’t get across the wind — even for such a small distance — in a single go, but a series of two to three consecutive roll casts seemed to do the job.

I pulled two fish from the lakes that day, both in this same stretch of water. They were sitting in a deepish channel that followed the opposite bank. The first came from my second retrieve. The indicator I’d forgotten to remove when I changed flies (rookie) disappeared and I was so surprised that I almost neglected to strike! After a short fight, a feisty and fit rainbow hen came to hand. I think my eyebrows were still at the back of my head when Val snapped a pic for me!

The second one came from the same stretch of water, but at the other end of the bottleneck (a much easier cast downwind). She was holding next to a snag and hit with much more aggression.

That wind eventually blew us off the water, but not before I’d made some lovely new friends and received a pat on the head from the fly gods. Those two chunky hens were akin to a merit award to me… the first tangible demonstration of how far I’d come through my Fly Gear Gap Year.

Two weeks later, Steve and I joined some close friends for a quick spawn run raid on the Eucumbene River. Wild brumbies galloped and grazed in the plains as we followed the meandering river. I wondered whether they ever raised their eyes from the freshly sprouted tussocks to ponder the distant tree line, so far away and high above their heads. The peculiarity was not lost on me. We were walking on the bottom of Lake Eucumbene… Well, that’s what this land was a couple of years back.

Last season, around the same time, I was a total novice and was blessed to have one of my mentors, Matt Tripet (of The Fly Program fame) walking the river with me and instructing me on how to fish weighted nymphs cast upstream. This year, I was on my own and relished the challenge to build upon my newfound confidence.

In my solitude on that tireless river, I congratulated myself quietly on nice loops, long casts and some lovely fish to hand. Mother Nature continued to coach. She taught me about the challenges of fishing in sub-zero temperatures and reminded me that — regardless of how graceful, mindful and quiet I am — I will forever be pale compared to her elegance, regal bearing and delicate but indomitable persistence. I have so much to learn. THIS is why I fish… Again and again and again. 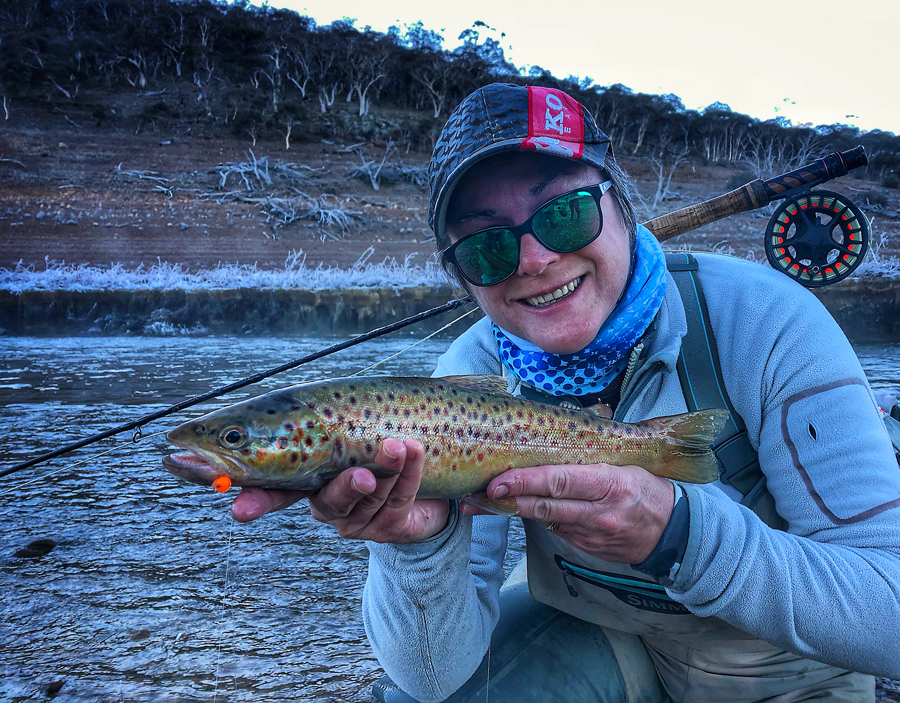 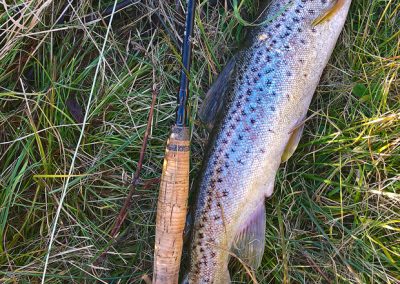 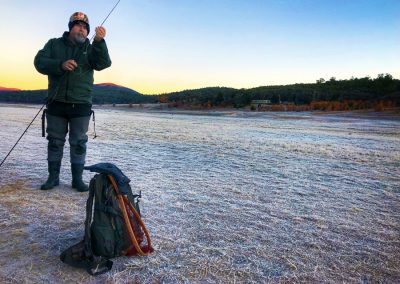 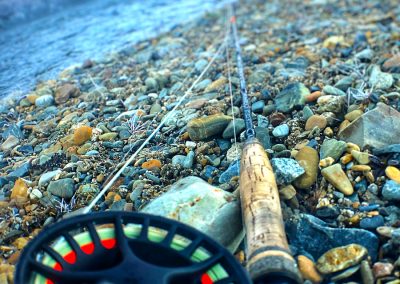 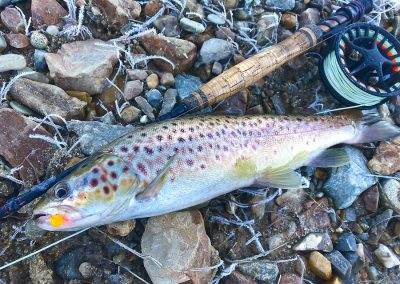 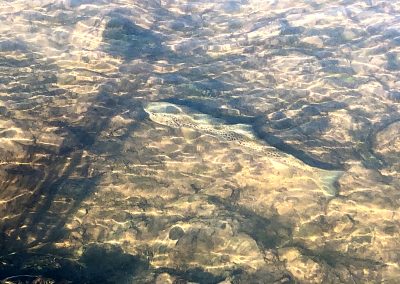 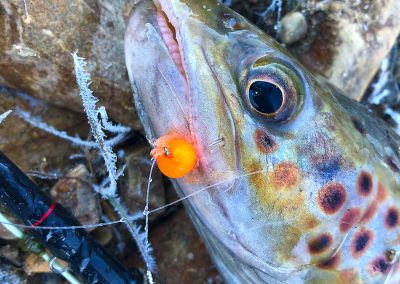 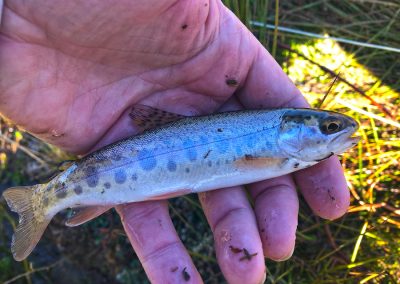 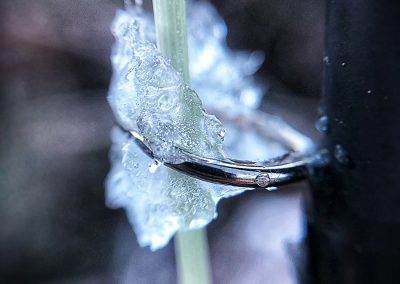 ... back to My Fly Gear Gap Year home page

You are in the public area of Fishotopia.

Sign in to access all the goodies, such as tips, videos, podcasts, magazines, full blogs, articles, forum and chats, fisho’s library, and more...

ALL THE LEGAL BITS